Skip to content
UMB Blog » Institutional » From the Air Force to UMB: A Veteran’s Journey With Robots

From the Air Force to UMB: A Veteran’s Journey With Robots

By Ryan GardnerPublished On: February 4, 2021

From the Air Force to UMB: A Veteran’s Journey With Robots

It was a hot day in the Persian Gulf when I had my first professional interaction with a robot. I was 20 years old and had been serving with the Minnesota Air National Guard at a base in Saudi Arabia as part of a six-month deployment. We were well into our time overseas and, as I did on many of my days there, I was manning the turret of an up-armored Humvee as part of a quick-reaction force.

As we conducted a vehicle search at one of the entry control points on base, the K9 unit detected the presence of a potential vehicle-borne explosive device. Per standard operating procedures, we alerted the explosive ordinance team to conduct an intensive, secondary search with the bomb disposal robot. As the lowest-ranking member of the QRF, I had the distinguished honor of escorting the EOD team well within the blast radius to get the robot within range to conduct the search. 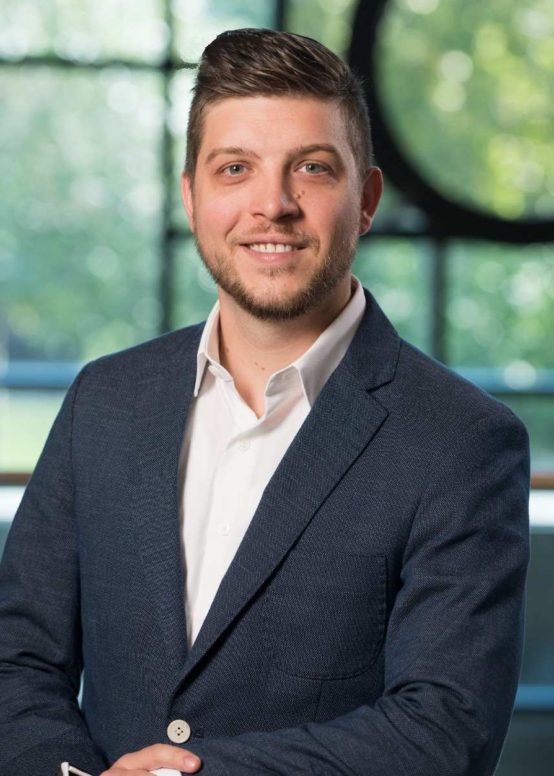 Flash forward 12 years and I find myself building automation that robots process on my behalf. While this may sound like a young man seeing a robot in action, finding his calling and following a serendipitous journey through robotics, the real version is quite different. The real journey is comprised of the same things that many fellow veterans face: leaving behind a community and sense of purpose, and the monumental hurdle of translating the skills acquired during service into those prized by corporate America.

This story is not only about RPA, but also adaptability–and why robotic process automation is the perfect breeding ground for veterans to take their propensity for change and apply it across any industry utilizing RPA today.

My journey to RPA first detoured through five years in risk management. After separating from the Air Force, I worked for a couple companies and found myself feeling a bit adrift. Like so many others, the transition from service and, more importantly, the lack of the sense of purpose I had felt while serving was a hard obstacle to overcome. I found that finance, my undergrad focus, was not something I ended up being very fond of. Also, despite taking a year-long hiatus to teach English in an orphanage in Nicaragua, I kept finding myself longing for more when I ended up working a typical 9-to-5. Fortunately, that changed in 2014.

I joined UMB Financial Corporation through a rotational program where I eventually found myself in front of the chief risk officer. My pitch to take on the role of building and managing the new internal fraud program was, “whether you’re trying to catch a bad guy with a bomb or a fake check, it’s really the same thing.” I had spent years as a security forces member performing risk assessments pertaining to explosive ordinance and counterterrorism.

I admit, on paper, those two things seem to have very little in common with fraud at a bank. Yet, I truly believed that, while the context couldn’t be further apart, the concepts remained the same. To this day, I am eternally grateful that UMB took a chance on me and that belief. As it turned out, I was right. I went on to build and manage that program and then was later asked to build and oversee the ongoing monitoring program for third-party risk management. Neither of those roles would have been possible without the belief that my training and prior experience could be successfully applied to banking. It was the first time I ever had someone look at my service as being an asset in Corporate America.

After five years and a couple of certifications, I was starting to feel comfortable as a risk manager and felt myself start to get restless again. It was through the process of building my own programs that I stumbled upon continuous improvement. And again, just like that, everything changed.

Prior to my deployment in 2008 we focused on convoy training in the desert of Nevada. We constantly ran exercises from one point to another where we encountered simulated IEDs and ambushes. Similarly, while overseas, we would conduct building assault simulations on empty buildings on the compound. In both scenarios, we would devise our plan of attack, run the scenario, and debrief afterwards. One of the things that still stands out to me today is that not once did our plan match the actual events that took place. You could plan for days for a 10-minute exercise and there was always something that was impossible to account for. I remember one of the cadre telling us, “The second the first bullet is fired, your plan is obsolete. The fog of war is a thick blanket and unless you can learn to adapt, you die.”

I constantly find myself in the position of needing to fall back on that ability to adapt. While recently working on writing a process I was stuck on how to dynamically identify a column within a data table. I had spent hours reviewing and posting to forums to try to find a solution and ultimately, I found it on YouTube. I watched a video, fully in Hindi, where the developer was walking through a process that I was able to follow and recreate to solve my issue. I don’t speak Hindi. Prior to August 2019, I hadn’t even heard of RPA. Yet, when my company began talking about utilizing RPA as part of our continuous improvement initiatives, I knew the importance of understanding, and ultimately, being able to work with the technology.

Over the course of the next several months I took free RPA development courses, connected with as many experts as I could, and started learning VBA to augment my development skills. August of last year changed everything that being a continuous improvement manager meant. Like the cadre said back in 2008, the plan had changed. The objective remained the same but the environment around me was entirely different. It may not have been bullets being fired this time but regardless, we knew we needed to evolve. We adapt, or we die.

While this isn’t an average story, I’m far from unique. There are droves of veterans in a similar position. For veterans looking to transition and wanting to learn a new skill set, the biggest advantage of choosing RPA is that it’s still new. The technology is in its infancy. This means there is a whole industry trying to figure out best practices, what to do next, and how far can this go. Many companies have open source training and community forums to support new developers. To be able to be a part of that from the beginning is special. If you can get comfortable with the uncomfortable, the potential is there.

For companies looking to incorporate RPA into the company strategy, I implore you to look at veterans as a tool at your disposal. We were bred in uncertainty and change. Yes, the road to RPA can feel overwhelming and challenging, but I don’t know many veterans that would shy away from a good fight.

About the Author: Ryan Gardner

Mr. Gardner is a Vice President/Third-Party Monitoring Manager for UMB. He is responsible for support of UMB Financial Corporation’s Information Security Program through ongoing development, implementation and administration of the Company’s formal Fraud Risk Management Program. He joined UMB in 2014 and has six years of experience in risk management.

Driving force: Austin Braithwait’s approach to talent development and personal goals
UMB Internship Helps International Student Along His Inspiring Journey to Success
She built it, will they come? Investment analyst veteran shares the ‘Why’ behind ESG
Three questions to ask when choosing a fund CCO